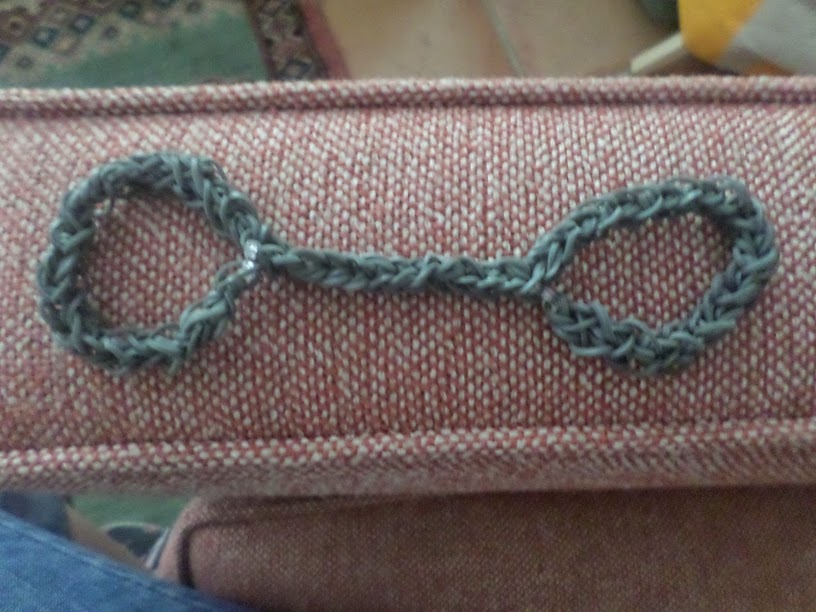 These are really useful for controlling rambunctious pre-schoolers.

Kidding! But they are apparently fun for them to play with. They are a little nicer than those plastic handcuffs that always break five minutes after you open the package, because these stretch.

They are also super easy to make. Start by using two rubber bands down the center of the pegs. Place a cap band on the end and work like you are making a regular bracelet. Instead of using a c-clip, place both ends on a holder (like a toothpick or some other type of stick).Now make a diamond bracelet using one end of the strand you just made as the cap band, and connect it with a c-clip. Do the same thing again for the other side of the handcuffs, and you are done.

Whole process takes ten to twenty minutes at most. Really super simple, and you can make it in any colors your tiny police officer wants. (Or super villain who likes being put into jail). 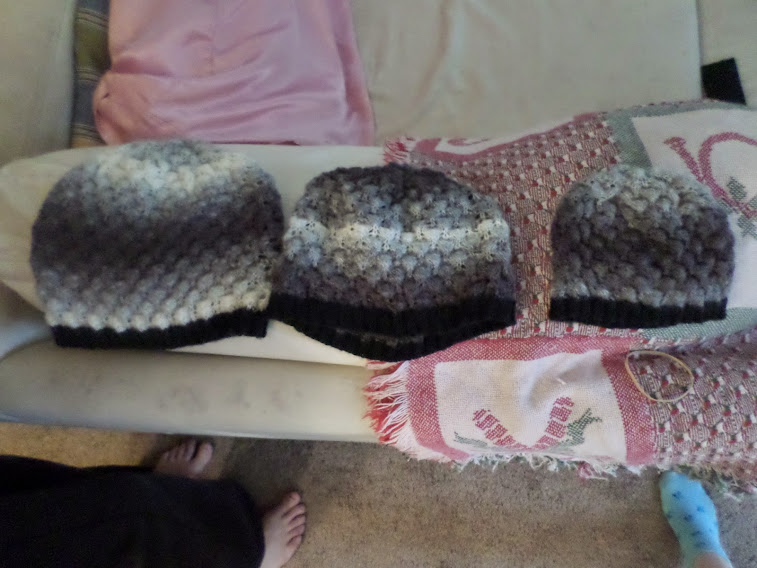 Which snuck up on me like a ninja. Seriously, until last week I wasn’t aware that Easter is tomorrow. Maybe I do miss out on things by not watching broadcast TV. Except I was watching TV last week and didn’t see anything about it…

But, I’m rambling. What I’m really here to say is, “Happy Easter-is-tomorrow, fellow procrastinators!” That’s right, I spent all afternoon making Easter surprises for the boys because that is how on top of it I am. And because I know there have to be at least a few people out there in the same boat, here is a quick tutorial of what I did today. Well, quick if you actually have the right supplies on hand.

Do yourself a favor and start by clicking that image to download the template for all of the pieces of the egg and chick. That will save you a lot of time. If you want to also cut out the name of the recipient to glue on, the font used is American Typewriter set in bold at 72pt.

Now, gather some paper in the colors you want to use. You know, pick one color for the eggshell, one for the stripes, one for the dots (which I used as eyes because putting the double stick tape on each one was going to be really annoying to use them as shell decoration), one for the letters, yellow for the chick’s body, and orange for the beak. You will also want glue of some sort, but double stick tape will work in a pinch. And don’t forget the scissors or X-acto knife.

As you can see, I didn’t have colored paper on hand. I made some instead using some Strathmore Mixed Media Paper in the 6×8 size and my Prismacolor markers. It took a few coats, but I came up with these:

Now it’s time to cut out all of the pieces using whichever color you choose. Note: The beak pieces, wings, and chick body need to be cut out for each side but were not included twice on the printout. Sorry. Also, the print out makes one set of pieces, but the pictures show it doubled since I was making two at a time.

Working from the inside out, first glue the beak pieces together to make two double-sided triangles. Set them like a slightly open beak inside the body pieces and glue the body pieces together. Next, set the chick in the top opening of the egg and glue the egg together. Decorate the egg with the zigzags and dots, then attach the wing to the body overlapping the egg. Finally, put the letters on the front, add an eye to the chick, and you are finished!

See how easy that is? The most time-consuming part (assuming you are using pre-colored paper) is cutting out all the pieces. If you choose to make one, leave me a link in the comments. I’d love to see them.