Seriously, once these things get started, they don’t seem to stop. 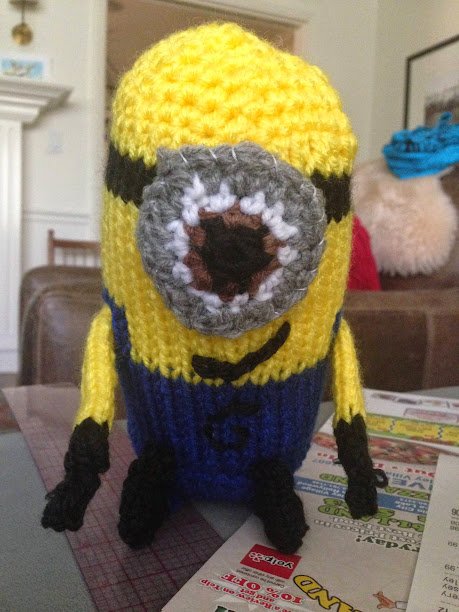 I got a request for this little guy to be made two weeks ago. I had about five days to make it and its partner hat: 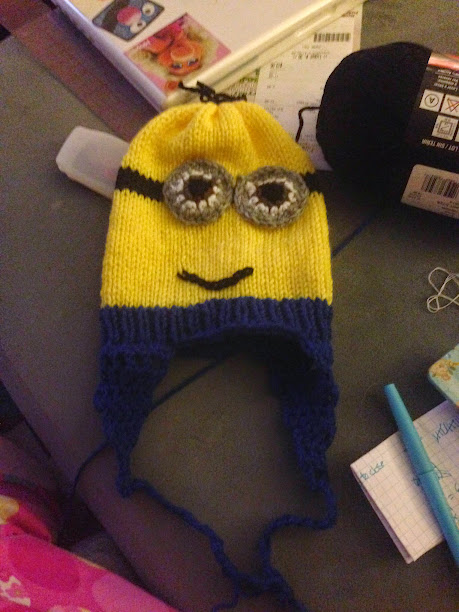 Luckily, this was on my week “off”. Took no more than an hour for the hat and an hour and a half for the doll. I think I am becoming an expert on these minion things.

One good thing about NaBloPoMo was finding new sites to read. One of those, Little Thread Crafts, inspired me to pick up some cross-stitching again. I used to, when I was younger, but then I got much more into the embroidery than just cross-stitch. Kind of went with my major a little easier.

So reading Little Thread Crafts inspired me to cross-stitch something for my mom for Christmas. unfortunately, I was inspired to do this around 2pm the day before we were to exchange gifts. I wrapped up the supplies with this note: 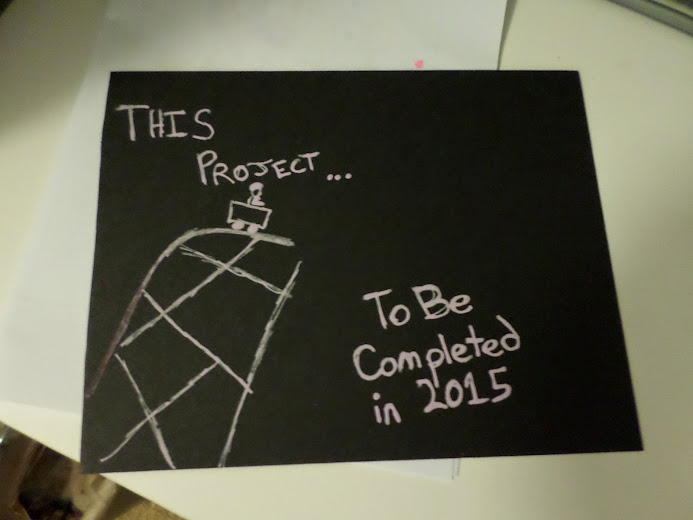 (Yes, Simpsons fans, that is a poorly drawn, tiny Captain Lance Murdock riding the Whiplash…to be completed in 1994.)

I used this pattern from Crafty Guild on 14 count Aida fabric and was able to finish in less than a week: 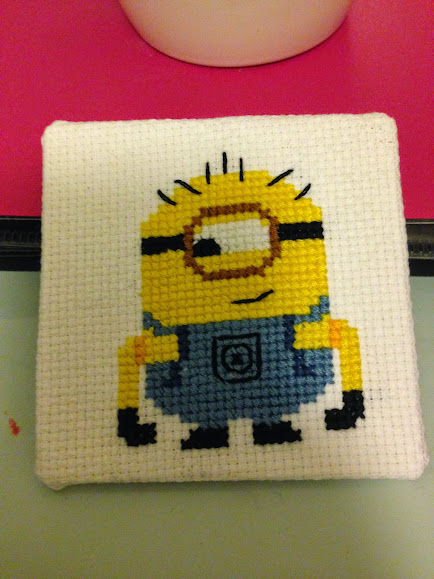 It’s a minion! It’s also my first counted cross-stitch. I think my favorite part of this is the slight shiftyness to his eye.

Most of my minions tend to have only one eye, but by request my second minion hat has two eyes. The person who made the request had received a one-eyed minion hat and had gotten his grandmother hooked on “Minion Rush” over Hanukkah, so he asked that I make a two-eyed minion hat for her.

I don’t know. For some reason minion-y things don’t look so minion-y with two eyes.

I had the crown of a hat already knit that I was wondering how I would use from re-knitting the first hat. So when he mentioned I should make one for “Grammy”, I was already halfway done. Well, a third of the way done anyway.

Project notes, as always, can be found on the Ravelry project page, but in general I used Knit Picks Comfy worsted weight yarn in Creme Brulee, White, Celestial, and Hawk, along with a miniscule amount of Knit Picks Stroll in Midnight for the pompom. The eyes are basic crochet circles with buttons sewn in the center for pupils.