You may recall from my felted butterfly post that I was inspired to try needle felting by this video from Bubzbeauty. So inspired that I wanted my first project to be a little Totoro like her step-by-step showed. 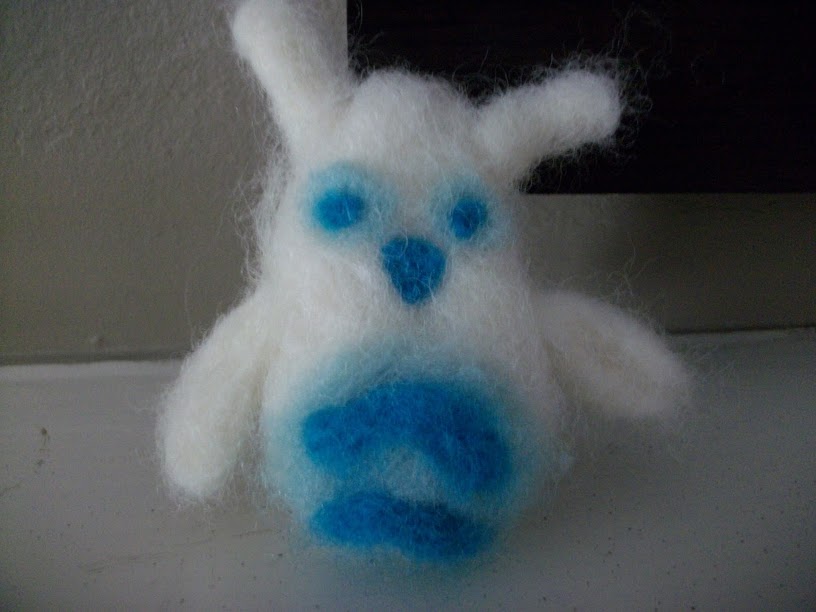 He was less Totoro shaped than I would have liked, but in the end he became a cute little owl…with large, bunny-ish ears. Hey, at least he came out cute.

Meet Ollie. He’s my first knit owl. I have arbitrarily named him Ollie because it sounded good paired with the word “owl” and I have no clue whether he currently has a name beyond “Owl”. This little guy was a Valentine’s present for another little guy that I watch three days a week.

Ollie was made from the “Little Black Owl” pattern posted by Kat on Just Crafty Enough. It’s a top-down pattern with the ears and wings picked up later when the body is finished.

I tacked down the wings like the original, but I chose to sew on the eyes and beak. I did way too many glue gun projects back in middle school to even tough a glue gun right now. And that was almost ten years ago. (Seriously, way too many. We made them every month for old people who were kind of like our “pen pals.”)

I figured an owl made a perfect companion for the Valentine’s Fish. Who says predator and prey can’t get along on a day that’s all about love?