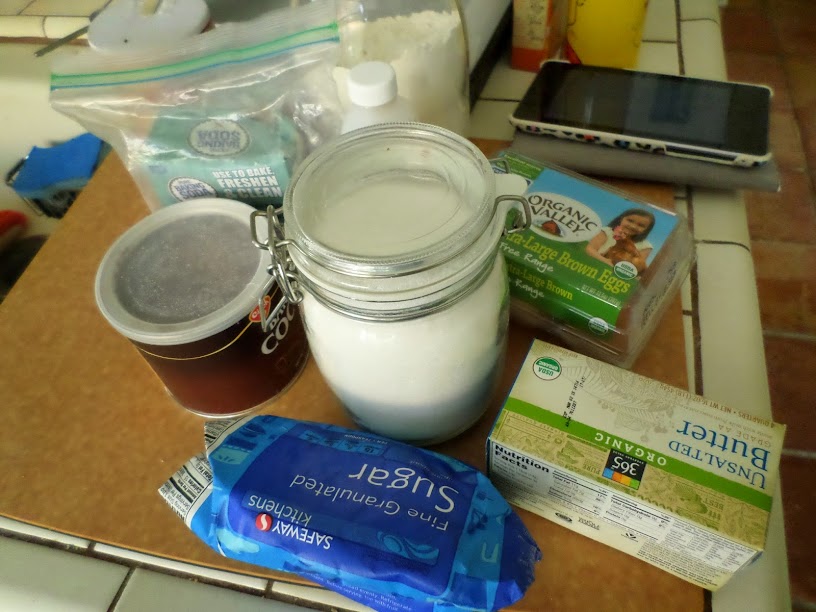 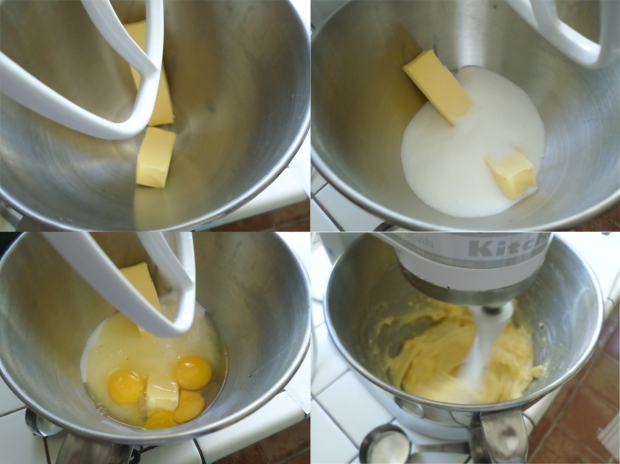 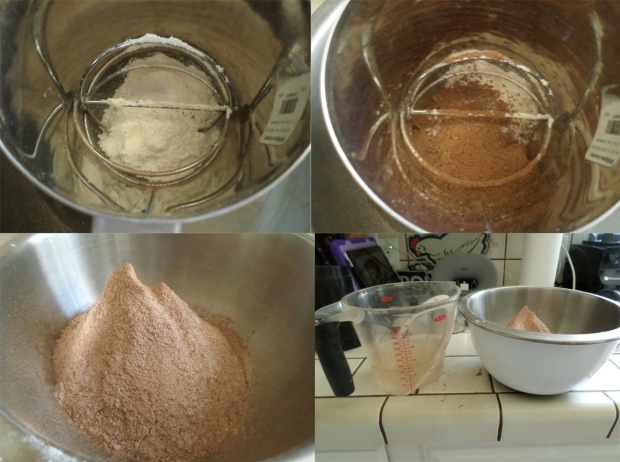 After watching this Nerdy Nummies episode, I have been determined to make Lego Piñata cookies.

Unfortunately, I’ve been having a ridiculous time trying to find rectangular shaped cookie cutters. They were completely sold out at Michael’s this morning, so I finally just let the baby decide what shape our cookies were going to be and what shape we should put on top. He picked circles for the main cookie and stars for the topper, so what popped into my mind was Tommy’s bouncy ball:

I still made all four colors of the cookies: 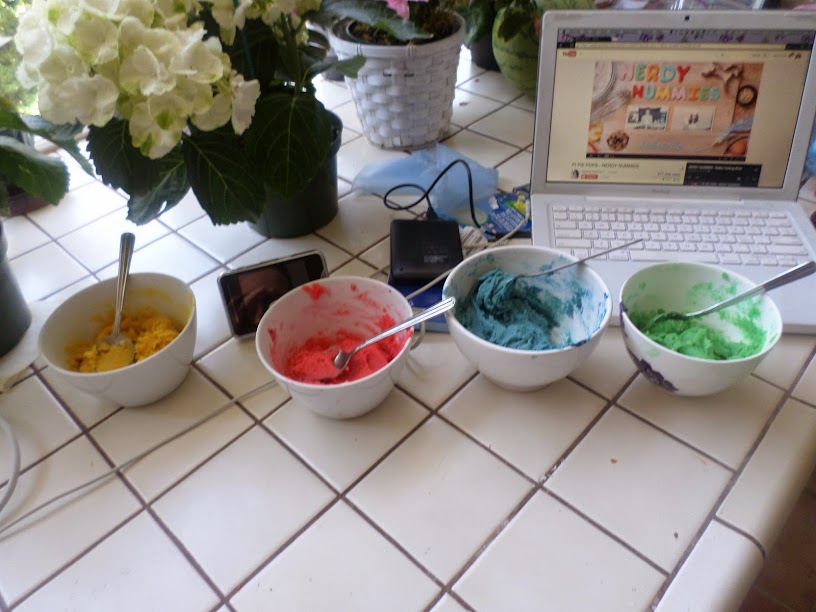 (See, I’m even watching the Nerdy Nummies playlist in the background.)

And I set the out in groups so I could alternate the colors. 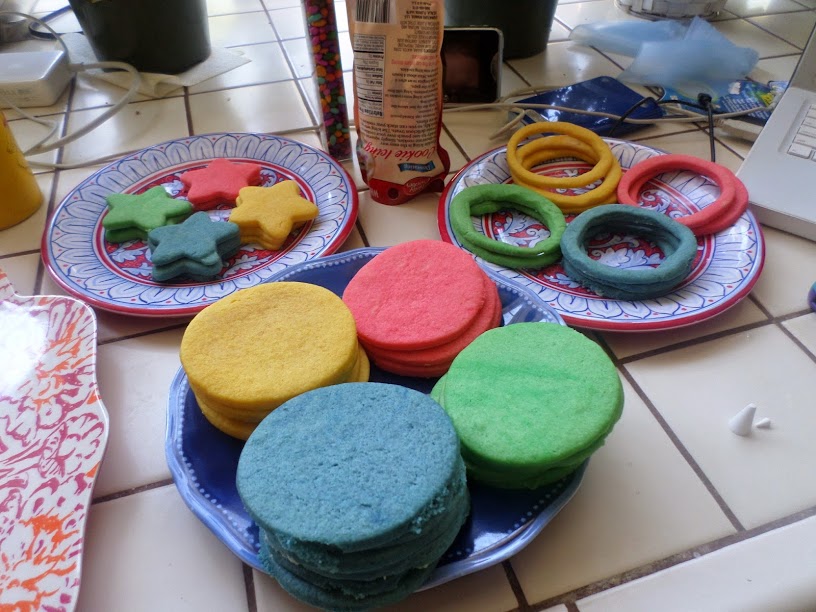 Unlike the original ball, I tried not to repeat any colors in each cookie. Due to my inability to divide the dough correctly, I ended up with three cookies worth of blue and yellow, but only two cookies worth of red and green. So some colors got repeated. 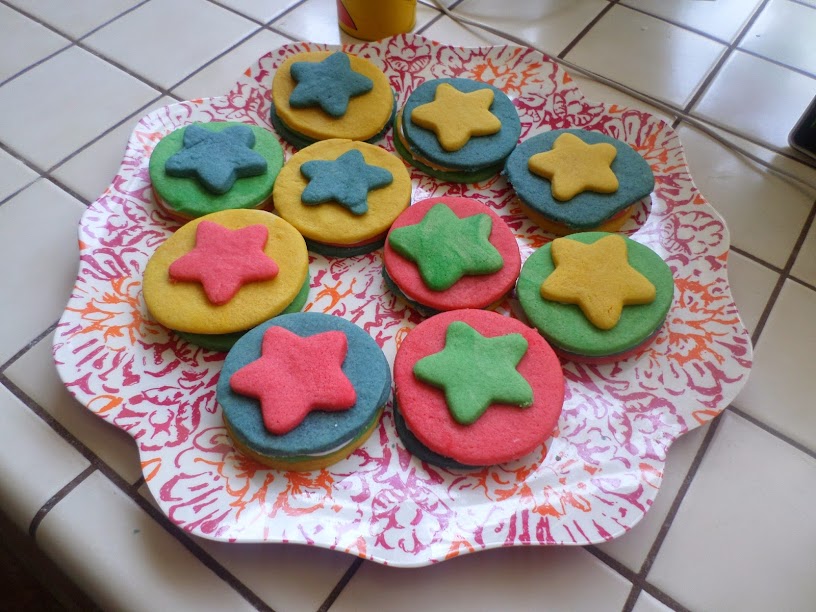 The filling suggested in the video is mini M&Ms, but we found candy covered sunflower seeds to go in the centers of these instead. I just didn’t take any pictures of that part. 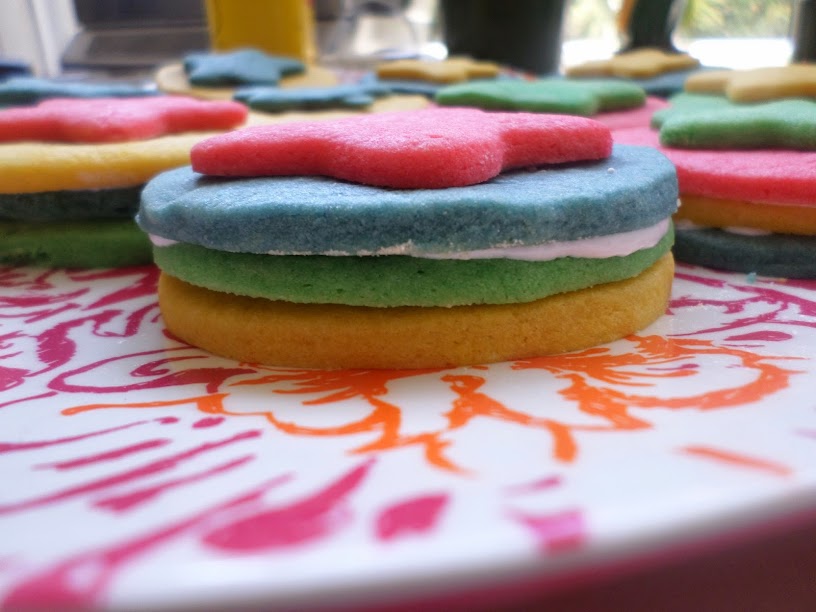 The two cookie cutters I used to make the center cookies were really close in size, so the center rings were a bit flimsy: 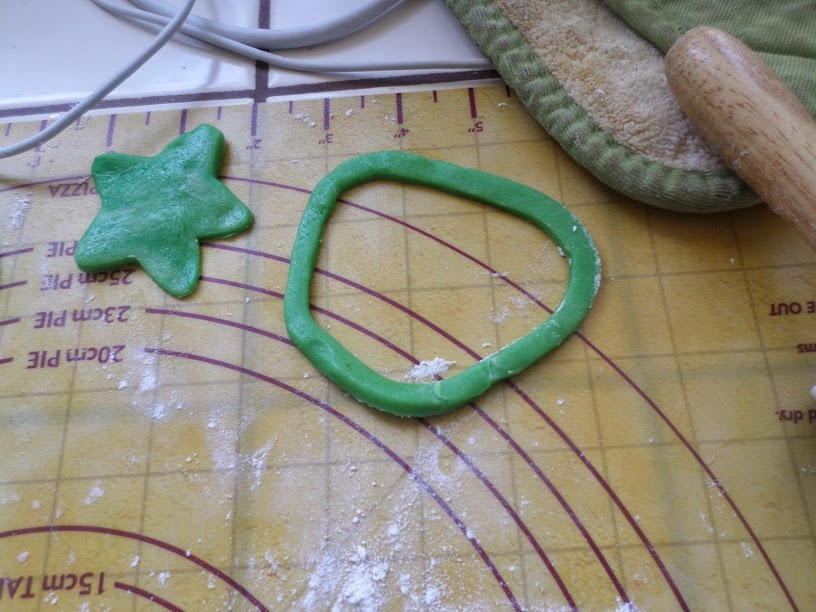 (Hey, is that the O from the Nickel-O-Zone? Anyone else even remember that? Just me? Yeah, pretty sure that’s just me.)

To fix them a bit, I put the cookie cutter onto the baking sheet and sort of pressed the O back into the right shape so it would fit well in the middle.

I don’t know that any of the kids I’m feeding these cookies to would get the reference if I explained it to them, but I’m sure there have to be at least a few people out there who still get it. 🙂