Last year I made a Paw Patrol cake for a certain little nugget’s third birthday, using frozen buttercream transfers to make the pups. This year, we did it again, but I decided to do it a little differently. This time I made royal icing transfers. I also added a non-ghosty Marshall (“I want the ghost, too!”) and Ryder. At first I tried to make letters, but i kept smashing them with my hand as I was writing so i gave up and decided just to write it on the cake the right way around. 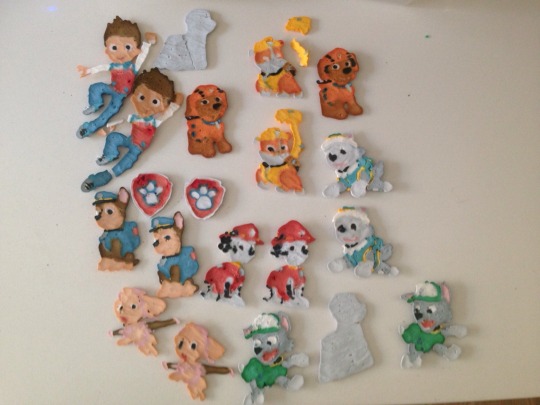 We used this strawberry cake recipe. Since the birthday boy loves to bake, he got to help make it. And, since his school was out that week, he also got to help shop for the ingredients. Which wasn’t all that exciting except we went to the grocery store with a Starbucks inside and got our drinks first.

He was very happy with the final outcome, and so were his friends at his impromptu birthday at the park playdate they were having anyway. Then again, you can’t go wrong with sugar on a birthday.