We’ve got two back-to-back birthdays in the first week of May. This means a lot of treats getting made this week. This year, it was a cake and some tarts.

Welcome to C&T bakery. We make one style of cake, but we’ll fill it with whatever you want. Also, we are steadily improving our handwriting with the chocolate pen. #kidsbaking #baking

We used our favorite cook book, Rosanna Pansino’s Baking All Year Round. Grammy’s cake used the chocolate cupcake recipe from the Mini Easter Egg Cupcakes, poured into two 8 inch round cake pans but cooked according to the instructions in the recipe, and the vegan buttercream icing. We added some peppermint extract into the cake and made this cookie dough frosting to go between the cake layers. And, of course, the chocolate pen made its appearance in writing on top.

Our bakery does make quite a variety of other treats, even if all our cakes are the same. These are the lemon tart flowers from @rosannapansino ‘s “Baking All Year Round” #kidsbaking

Despite my baking assistant’s mother’s birthday coming before his grandmother’s, her treats came next, on her actual birthday, since Grammy was only here for the weekend. We made the Daisy Lemon Tarts over two days so we could make it in secret. Well, mostly secret.

Recently, through some self-experimentation, I discovered that my body does not like dairy. Which is pretty bad, because I kind of love dairy. And have a really tough time not eating it, despite knowing it will give me a rash and an upset stomach. So I have spent way too many nights up late browsing Pinterest to find recipes for my favorite foods that have been veganized.

We made a cake. The chocolate writing pen was a bit difficult. You know, if you are impatient. And six. #baking

Our first find was this vegan cherry-filled chocolate cake the six-year-old helped me make for his dad’s birthday. I actually used the vegan chocolate cupcake recipe in Rosanaa Pansino’s Baking All Year Round, just split into two round cake pans instead of a cupcake tin. I typically bake without eggs anyway, because I don’t tend to like to eat eggs and never had them on hand for baking in college. Flaxseed meal mixed 1:3 with water is my preferred “egg” anytime it’s called for in a recipe. And, since I already quit drinking cow milk and only ever have almond on hand, that’s not much of a change either.

One thing I had seen a lot in vegan recipes but had not yet tried was avocado in chocolate things. So, for Pi day, I made this chocolate pie from coconut milk, avocados, and those new “allergen free” chocolate chips by Tollhouse, with this crust that I just baked at 350 for about 20 minutes. I’m also a big fan of the chocolate chips by Enjoy Life, and I’ve found that Trader Joe’s semisweet chocolate chips also are dairy-free.

Vegan tres leches cake. Well, dos leches because I didn’t have soy milk and this thing has to refrigerate for insanely long and I didn’t want to have to go to the grocery store at 8am. #baking

For my birthday, I want tres leches cake. Problem is, there are literally no vegan bakeries around here that make them. Or at least none that list it on their website. So I had to resort to making my own from this recipe which was really good (though I did substitute almond milk for the soy milk since I don’t keep soy milk on hand and had to start the process at about 8am and didn’t want to run to the store). Best find of this recipe was the So Delicious Coco whip, right next to the Cool Whip in the freezer section. I didn’t have time to get the coconut cream and refrigerate it overnight to make my own whipped cream, so that was a handy solution.

Most recently, I’ve tried this tomato soup recipe (which even the six-year-old approved of) with this grilled cheese recipe made with the white bean option and my usual staple of Julia Child’s white sandwich bread. Wins all around. Not necessarily sure if the “grilled cheese” really passes as a grilled cheese or not, but it’s delicious nonetheless.

Sometimes I manage to get something great, sometimes it’s a dud. But all of these recipes worked amazingly, so I’ll keep trying more to find what’s good and what’s not.

I went a little overboard in the mini-candies aisle at Ralphs a couple weeks ago. After eating a bag of mini stuffed Reeses and a bag of Hugs, I decided that the dark chocolate mini Reeses were going to become cookies. Well, be baked into cookies.

Using this recipe, the tiny chef (“I’m gonna help, because I’m a good chef!”) and I made 35 out of the predicted 40 cookies. We had a bag of 37 cups, one was lost to the tiny chef in the unwrapping process and another was crushed so I ate it, and somehow we lost the appropriate amount of dough as well… 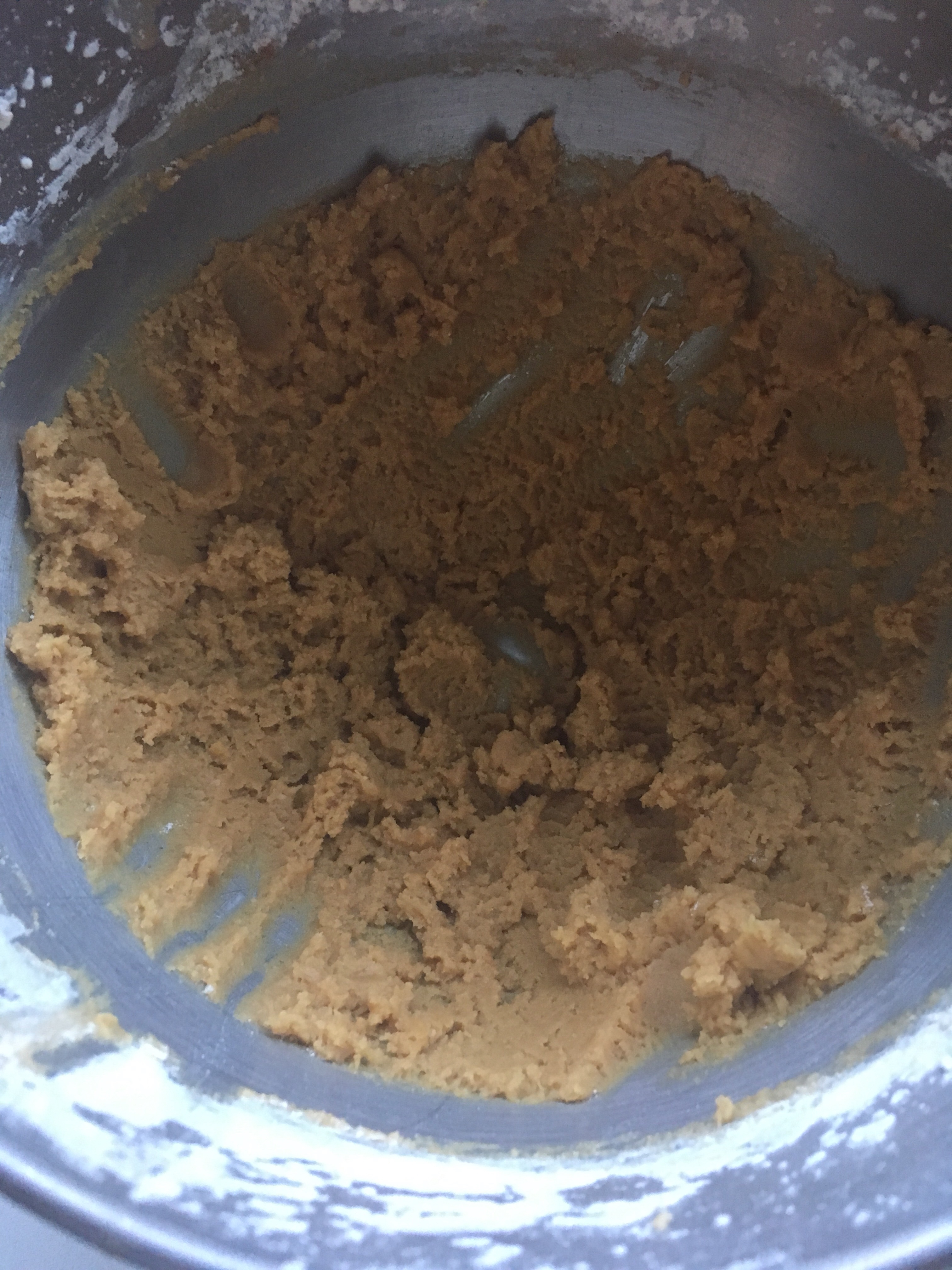 These are super simple. You just mix up the batter, roll it into balls, cook those in mini muffin tins, and then you press the cups in right when you take it out of the oven. We unwrapped all the cups and put them in a bowl in the freezer to make that part a little easier, so they wouldn’t melt immediately on impact.

I’ve made these before with regular peanut butter cups, but the dark chocolate are way better. Maybe next time we will have to try the stuffed ones.