But not full-body toys, this time. This one was a request from the minion-obsessed four-year-old. 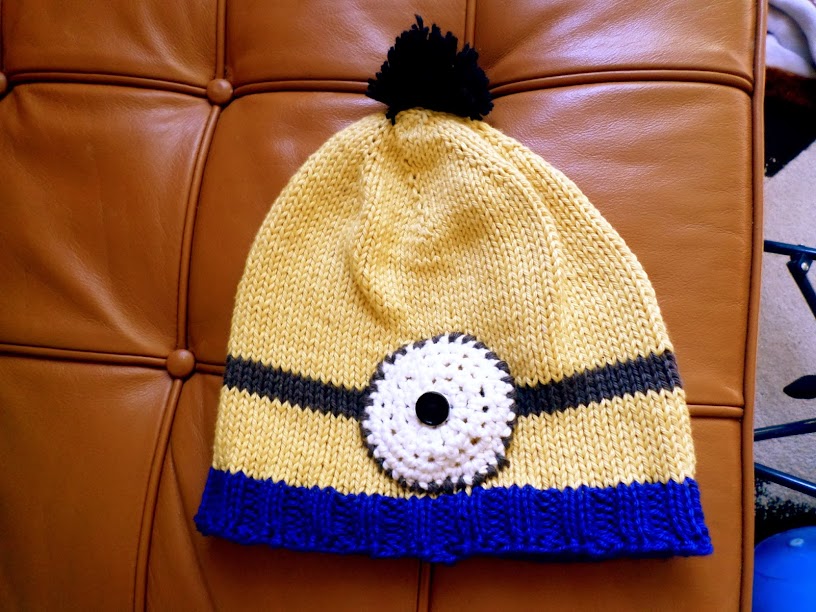 It’s a minion hat! The minion hat I mentioned working on here, to be exact. It’s made from Knit Picks’ Comfy Worsted in Dandelion, Celestial, Hawk, and White with a black button in the eye and Knit Picks’ Stroll in Midnight in a pom-pom on top for the hair.

It would have taken one day to make, had it not been for having to start over when I had most of the hat made. But, having worked from the already knit hat backwards I was left with the beginning of another hat:

Which will be a surprise for this hat’s recipient’s grandmother. Except I have to put two eyes on it, because it has to be different from this one, of course. By request of the four-year-old himself.

You can find more specific information on everything on the Ravelry project page.