Remember way back in June/July when I went to France? Well, in the small town we stayed in for our second week, there was a yarn shop, Au Fil et a Mesure, just a few blocks down from the house. Since I had much more down time there than in Paris (because there aren’t so many places you just HAVE to see in a small town), I decided to pick up some yarn and needles.

Sixteen balls of DMC Natura and a set of sock needles, to be exact. I decided my souvenirs would be socks made of French yarn on French needles. I had already picked up some wool to make Cassy’s Zooey hats for my mom and I while I was in Paris, but that project would have been a bit involved to pick up and put down whenever I had a few free moments.

So I set about making Cassy’s Earlybirds (btw, Cassy blogs atKnit the Hell Out and designs some amazing things that I just happen to be mildly obsessed with.) for four different people in four different colors. Not all at the same time of course.

I made mine in green: 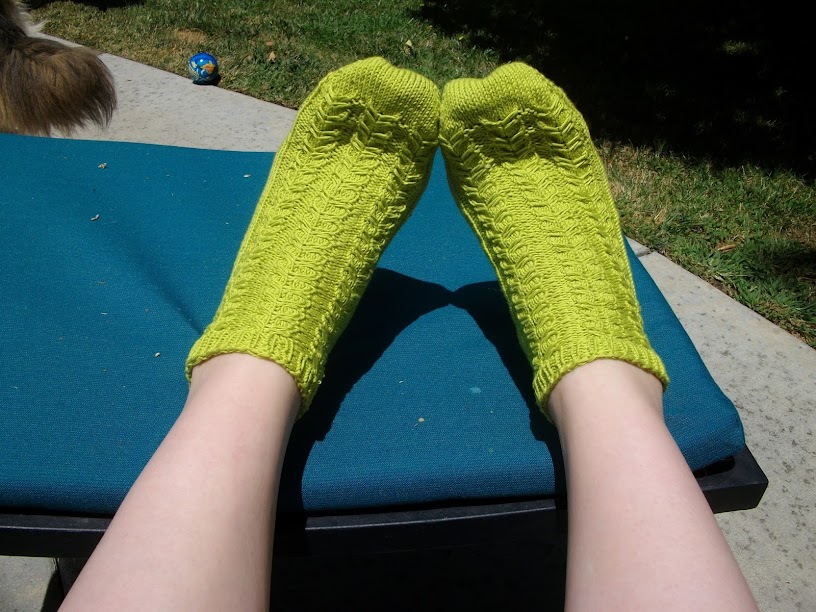 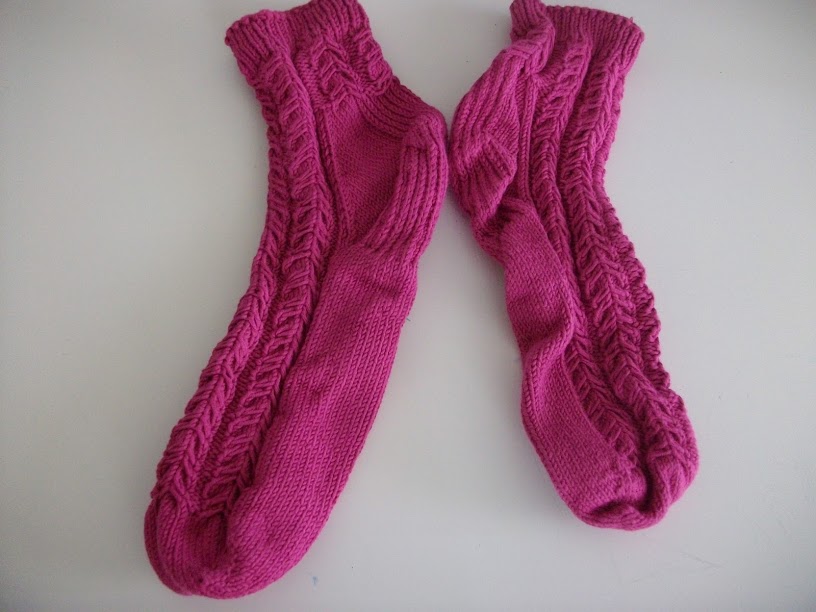 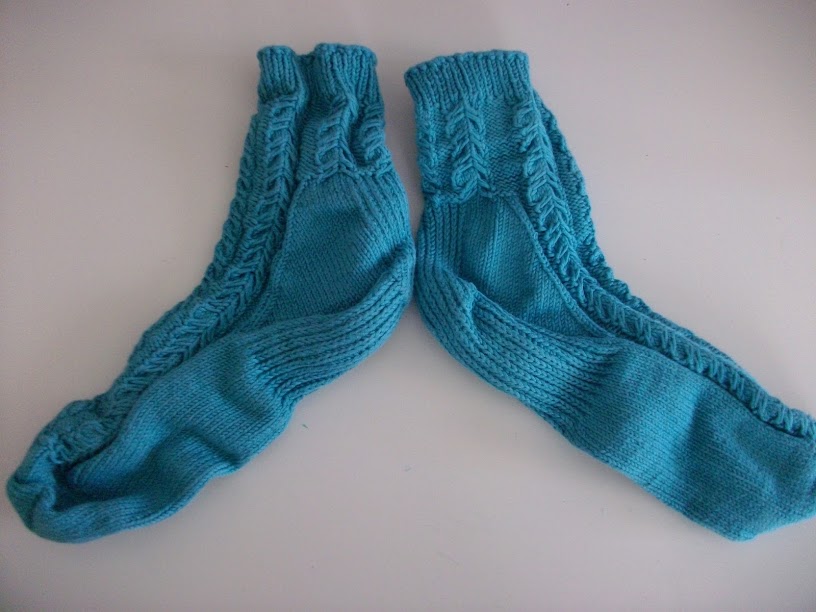 And purple for Gaga:

(Clicking on the pictures will take you to their respective project pages. Which should eventually be all updated with the specifics of each sock.)

It’s been a long time since I had made socks before I decided to do this. These were also the first time I had made socks in actual sock-weight yarn. Before they were out of some awful acrylic stuff like I was using to make everything at that point because ALL my yarn came from Wal-Mart. Not like there was much of anywhere else to get it where I started knitting anyway. 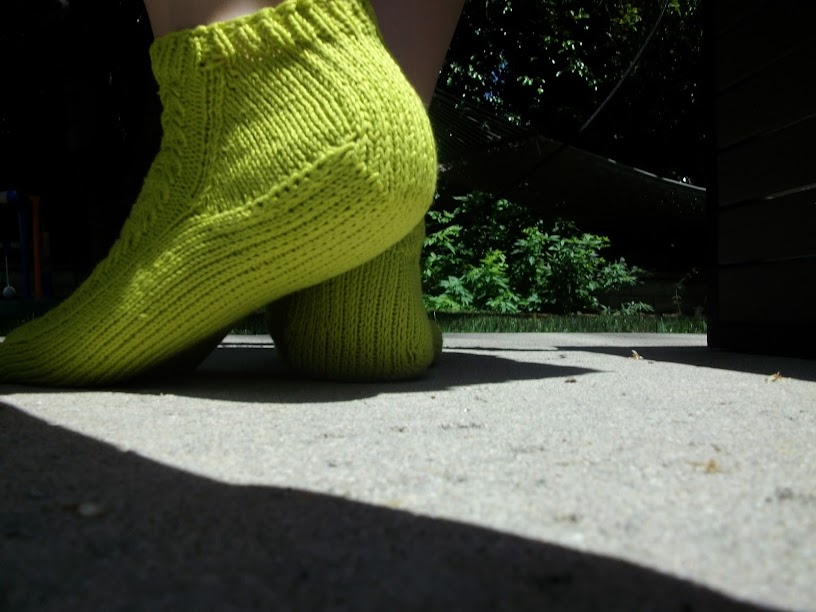 Even the heels are cute in this yarn. The only thing I did majorly different from the pattern is using a cable needle on the cables. I knit pretty tightly and was having a terrible time trying not to pull the stitch out while it was dropped. I still like making gloves better, because they seem to take less time, but I think I may be warming up to sock-making in general.