What do you get for a three-going-on-four-year-old who LOVES trash men, trash trucks, and trash cans but already has his own fleet of play trucks and cans? Trash. Well, sort of. 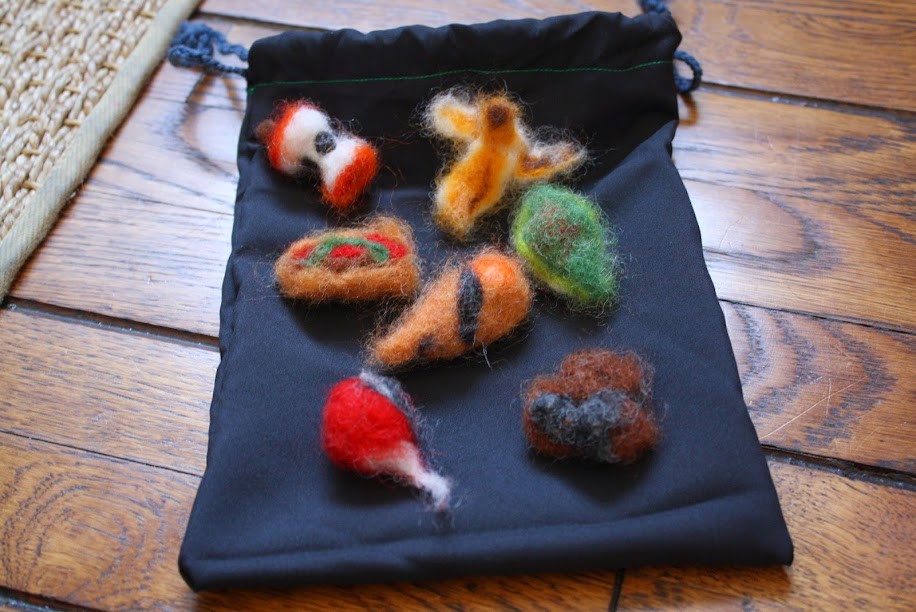 I needle-felted trash using the “Alphabet Soup” recipe from the book “I Stink” as a guideline. 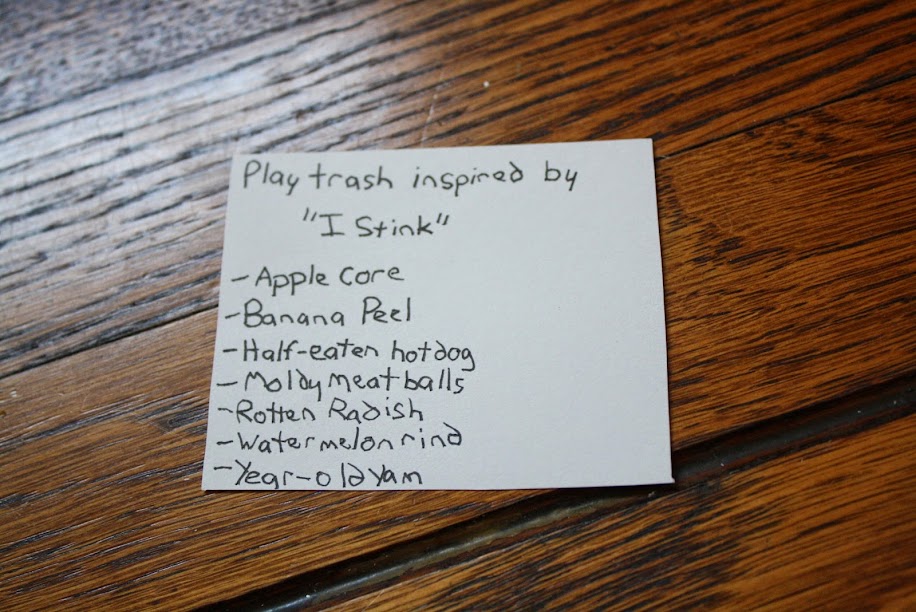 All of the pieces, along with the description card, are held neatly in a (relatively) large garbage bag made of black fabric so there’s a place to put them when they aren’t being used. 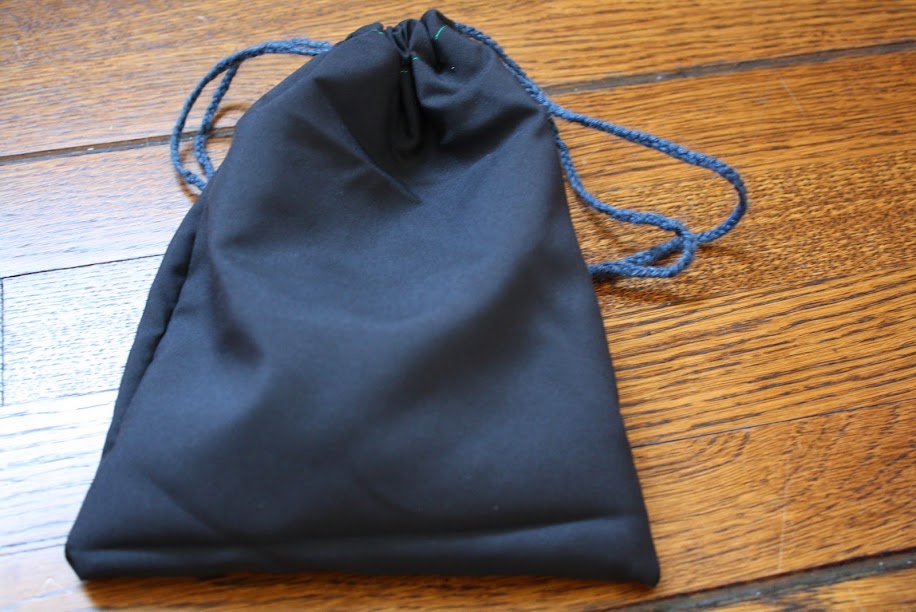