This Christmas gift was a real doozie. Considering I just finished it, you can probably imagine.

I started a week or two before Christmas, so it was doomed as a gift. But I was overly optimistic as one is so close to Christmas with so many things in the works. So I cast on an amount of stitches that was close to the pattern, seeing as how I was using slightly different yarn, and got to work. Around the end of the first ball of white, I knew there was going to be a problem in how much yarn I had, so I ordered two more colors of gray to get more of a gradient. 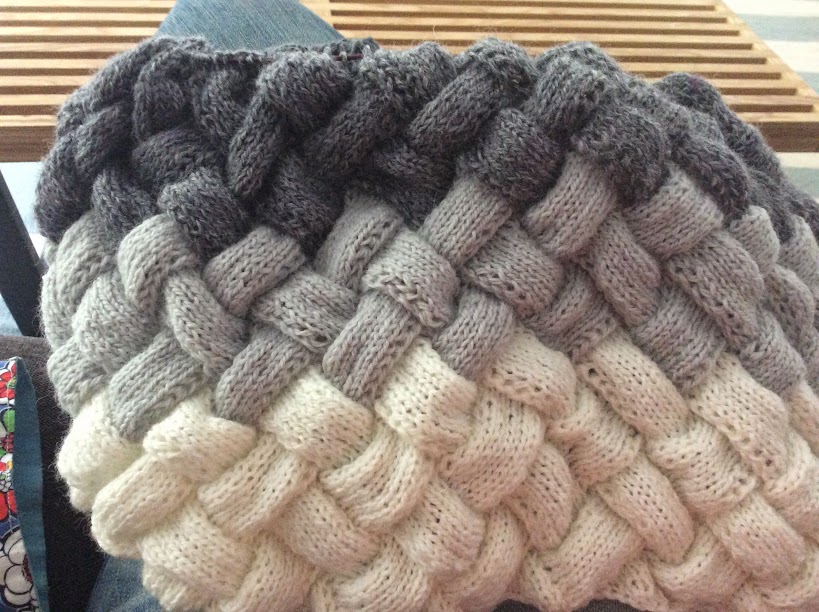 I wrapped up the progress on the white, along with the ball of gray yarn I had and the black yarn. I tossed them in a bag with a “loading” tag and gave that on Christmas morning. Then I had to wait another week for the other colors to show up. Once I got those, I kept plugging away. But I wasn’t getting very many rows out of each color.

I ignored the thoughts in my head that told me it wasn’t going to work as it was and kept going. By the time I got to the black, I had ordered three more balls of it to make sure I would have enough. It would be very bottom-heavy color-wise, but I told myself it would work. Until I got a few yards from the end of ball 4. 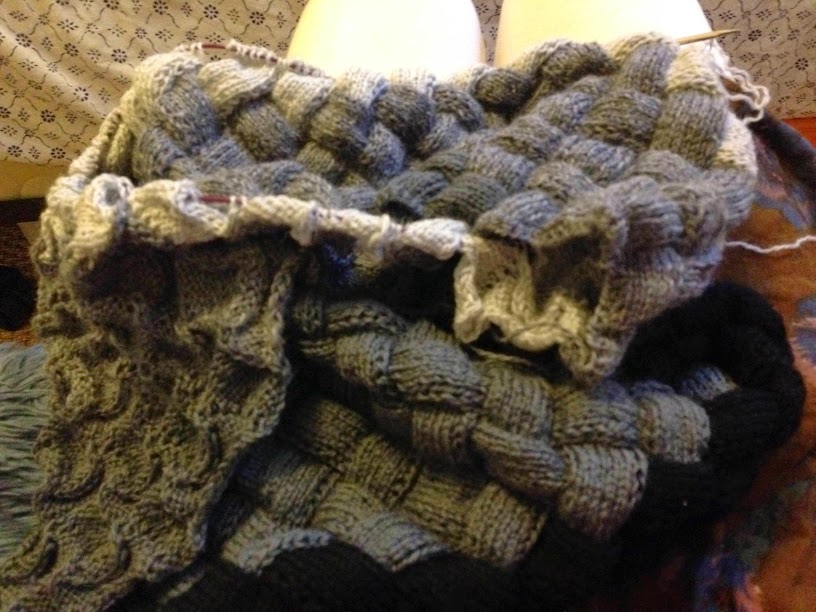 I did some calculations this time and worked my way from the bottom up to make sure I would have enough yarn. You know, something I should’ve done in the first place. But, you know, hindsight and whatever. I pulled the yarn from the original attempt as I worked. That way I didn’t have to unravel the whole thing at once, or deal with all those balls of yarn again. 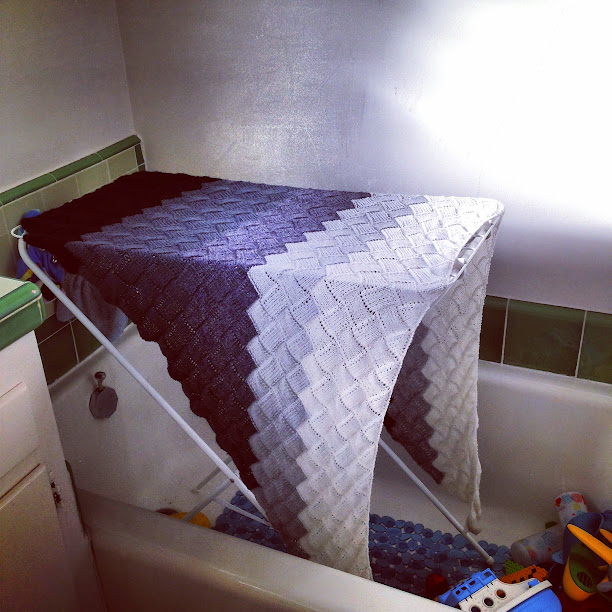 I finally finished it last week. Two-and-a-half months past Christmas, but who’s counting. The point is, it is done and wearable. And I may sit down and write that up as kind of pattern/tutorial. Perhaps even with some videos, since I went backward to the way entrelac is usually executed.