This write up has been a long time coming, because this was a Christmas present that I managed to give on Christmas. This is the Juvie Chevron Cowl from The Tunisian Crochet Handbook by Toni Lipsey (@tlyarncrafts). 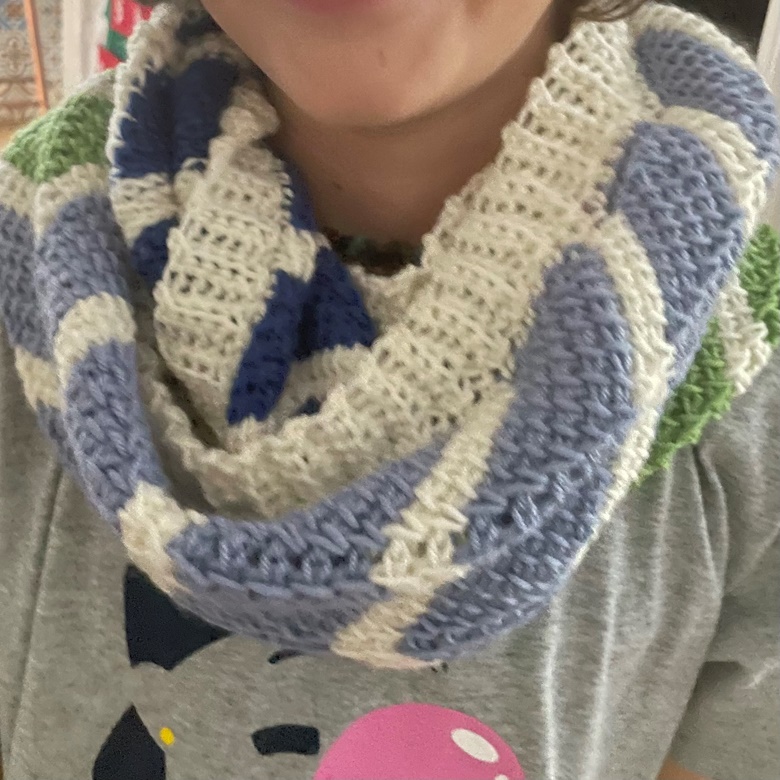 The recipient’s grandson (modeling it here the night before Christmas because I really went down to the wire on this one) helped pick the color palette, though I ended up having to get different yarn than he helped me pick on the app the night before i

I used about 50g each of the dark blue, light blue, and green, and about 75g of the cream. I think this particular yarn is discontinued, or at least I can’t find it online. 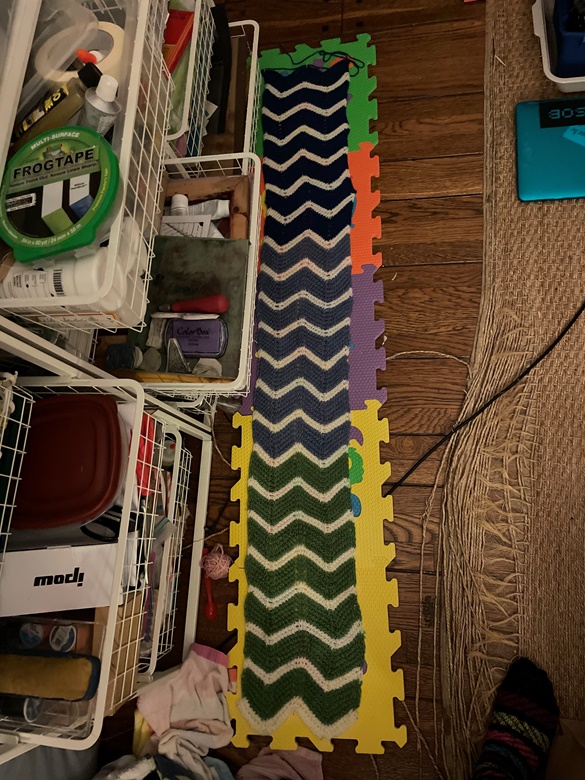 I had to point a fan at the end of the middle while blocking it, because I finished the body 2 days before Christmas while it was heavily raining and super humid. It almost wasn’t ready on time, but that little trick worked and I was able to put the border on Christmas Eve.

I’m still relatively new to Tunisian Crochet, and I can absolutely recommend this book to anyone else who is just starting out. Toni’s instructions and tutorial pictures are incredibly clear and super helpful.